How much are you worth? Is the life you are living what you deserve? If not, who is to blame for that? 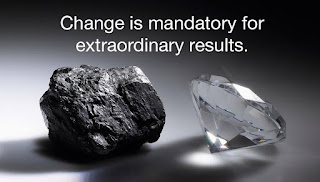 Peter had always been fascinated by music from the time he was a little boy. He just loved music, especially the African beats. He always had the radio on whenever he was performing chores. He would even carry the radio with him when he went to feed domestic animals or to work in the farm. His parents were not wealthy so he did not have the privilege of owning even a single music instrument. But he would not be deterred. He make his own home made instruments from every day materials such as tins that he collected from the garbage pit. He loved to sing along with the radio as he played his home made instruments. He especially loved a guitar he had made from an old tin, sticks and wires that he got from a piece of left over chicken wire. The guitar could not produce very good music but he really loved playing it. He used to entertain the family in the evenings, pretending to be a famous musician and that the family members were his fans. Peter completed high school and did not qualify to join university. Those days, private universities and parallel degree programs were nonexistent. If one missed admission to the regular program, there were no other options but to join either a polytechnic or a college for either a certificate or diploma course. Peter joined the polytechnic for a diploma in business administration. He completed his course successfully and got employed as an administrator in a college in the city. Life was ok. He earned a modest salary and was able to rent a small apartment and to also afford basic necessities. His life fell into a routine; wake up early, prepare for the day, board public transport by 6.00 a.m. every morning, work the whole day, be back home by 6.00 or 7.00 p.m. Monday to Friday, rest over the weekend. He worked faithfully for 3 years for the same employer. One day he received a telephone call from home; his mother was not doing well health wise. He needed to plan to visit home to see her. He used to travel home once in a while and he had noticed on a previous visit that his mother looked tired and had lost some weight. He could still remember the conversation he had had with her. He had told her that she needed to rest more and allow the farm worker to take care of the farm. Peter decided to take his mother to one of the best hospitals in the city for full medical check up. He wanted her to access the best treatment possible. She was admitted for 2 days and underwent different tests. Being the first born in the family, Peter had to pay most of the hospital bills. The bills were beyond what he could afford to pay from his salary, so he applied for an emergency loan from his employer. When the test results were finally out, the outcome shocked Peter to the core of his being; his mother had cancer and it had spread to some vital organs. He did not expect such an outcome and he felt like his world had come to an end. The course of treatment was beyond what he could afford. He and his siblings organized a fundraising but the amount they raised was not even a third of what was required. Peter’s life became a nightmare. He watched his mother suffer and waste away yet he was helpless to alleviate her suffering. They lost her in slightly over a year. By the time Peter’s mother was buried, he was so much in debt he had no idea how he was going to pay. He tried to stay focused at work but he could not concentrate. What exactly was he working so hard for? He was so much in debt that he could not see a way out no matter how long and how hard he worked. One Saturday afternoon Peter was sitting at the veranda of his apartment watching the activities around him. He could see buses in the distance as they cruised down the road transporting passengers to and from the city centre. Small traders were busy shouting to attract customers to their roadside shops. It was a busy day. As Peter sat there watching in silence, he remembered his beloved mom and how she suffered the last few months of her life on earth. Could things have been different if he had the money to enable her access treatment probably abroad? He wondered. He remembered the wonderful moments the family had shared when he was a little boy growing up in the village. He never imagined life without his mother. He remembered how proud she used to be of him when he would play his home made guitar. Suddenly, it was as if someone pulled a curtain from before his eyes. What exactly was he doing being an administrator in a college and up to his eyeballs in debt? This was not his calling; he was born to be a musician. He felt energized like he had just been born again. He rushed into the house and got his diary and a pen. He started writing down ideas as they came into his mind. He did not care whether the ideas were viable or not; all that he cared about was that he had reconnected with his passion.

Peter’s music career was born that day. He borrowed a guitar from a friend and started practicing. He would spend hours online learning how to play a guitar. Within weeks he started volunteering to play guitar at church. His weekends were spent playing the guitar and singing along with the radio, like he used to do when he was a little boy. Before long he started volunteering to offer entertainment during small events among family and friends. Then invitations started coming in for bigger events and before long, he was one of the best one man guitar entertainers in Kenya. Initially he only accepted to play at events over the weekends so that he would not interfere with his job. But as demand for his entertainment grew and the income from his hobby exceeded his salary by far, he resigned from his job and focused on music full time. He became a household name. Peter was able to write his own paycheck by reconnecting with his passion. His days in debt were long forgotten. This article is written By: Susan Catherine Keter, Life and Health Coach, Trevo LLC, USA Website: http://trevo.life/susanwamucii/ Facebook: https://web.facebook.com/Financial.Literacy.Africa/?pnref=lhc Telephone: +254728999136