The marriage institution seems to be facing some turbulent times, with more marriages threatened with breakup than at any other time in Kenya’s history. My mind quickly drifts to Agnes, a lady I met in a ladies forum I conducted in Nairobi. Agnes was in her late 30s, a single mother of 4. I shed tears when she shared her story during group discussions. She got married straight after high school. She had dreams of becoming a nurse but her husband would not allow her to pursue her dream of higher education. Any time she brought up the topic he asked her what she was lacking such that she would need to work. She was a stay at home mom with no income for 15 years. She was 100% dependent on her husband. The family was not poor by any standards. Her husband had a well paying job, the children attended private schools in the city and the family lived in an upmarket part of Nairobi. They were doing well by all standards and Agnes could not complain, even though her dream of becoming a nurse had been denied.

Everything changed in an instant when her husband died suddenly in a car crash! His car was involved in a head on collision with a lorry and he was killed on the spot. He was alone at the time. Reality dawned on Agnes immediately she received the devastating news of her beloved husband’s death. She had no money to take care of expenses such as mortuary fees and funeral arrangements. Fundraising by friends and family took care of those expenses and all went smoothly. But the nightmare had just began. She needed to pay school fees but she had no money. Her husband used to pay all the bills and she had no access to his bank accounts. The house they lived in was rental so she found herself unable to pay rent. She and the children were accommodated by her elder sister for a few months as she found her way. She still had the dream of becoming a nurse one day but the priority at that point in time was survival for her and her 4 children, all who were in school. Family and friends organized a fundraising to help her get started. She opened a small hotel and worked very hard to make money to meet the needs of her children. She had no experience running a business and her journey was full of challenges. She often found herself in financial difficulties and would turn to family to bail her out.

I have listened to so much discussion about the reason why marriages are failing at an alarming rate. The no. 1 reason given for the situation is that the girl child has been too much empowered leaving the boy child behind. There is some negative mentality towards the empowered or independent minded woman and she is considered not to be ‘wife material’ whatever that means. Many men still have issues with successful women and they avoid taking such women home to their parents to introduce them as future wives. Women whose careers draw a lot of attention such as politicians, media personalities, successful lawyers, engineers, architects, doctors and successful businesswomen are largely avoided as not fitting the criteria of ‘wife material’. Highly educated women also fit into the class of those to be avoided. The search for the ‘wife material’ is however proving to be more tricky than expected. We are living in a world that is changing very fast. Many people get married when they are young and have not realized their full potential. So a young lady might be ‘wife material’ at the time of marriage but 5, 10 years down the road she pursues higher education, changes her career and becomes a totally different woman from who she was when she got married. When a woman who was previously what is popularly referred to as ‘submissive’ grows as an individual and begins to question things and make demands about standards, the marriage is at risk of falling apart.

Is A Successful Woman A Liability In A Marriage? 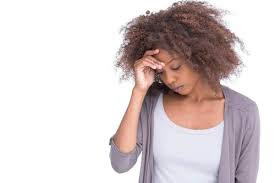 Poverty levels in Kenya are still very high 50+ years after independence, with around half the population living in abject poverty, with most poor people concentrated in the rural areas. People living in rural areas mostly consist of farmers and other agricultural workers. Career success plays a major role in escaping the claws of poverty and successful careers are not common among the rural folk. It is ironic therefore that there are many Kenyan men who fear women who are successful career-wise, considering them not ‘wife material’. It makes no sense whatsoever for anyone to view a wife’s career success as a threat to family stability. I have listened to a lot of debates about women and careers and why many men still fear successful women and I have realized that it is not about money but more about a lack of confidence in handling a successful, independent woman. One character that is forever being praised is what is being called submissiveness, which according to the Kenyan man’s misguided definition actually refers to a woman with a doormat personality, a woman who will allow herself to be treated like crap, cry behind closed doors while pretending to be happily married while she walks out of the door. The ‘submissive’ woman does not question anything even if family property changes hands without her knowledge or if family resources are diverted to meet the needs of people outside the nuclear family without her involvement. That is the highly praised submissive woman who in most cases is a liability to the family. 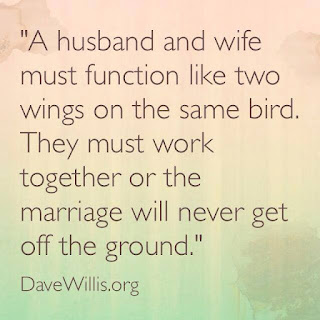 A woman who is given permission to participate in decision making in the family brings insights that her husband might have overlooked, thus preventing a lot of mistakes. She is also likely to want the best for the family because she feels part of it. I look at marriage as a partnership between two individuals who are playing for the same team. Each one of them is gifted and talented differently, for the benefit of the team. I can compare a family to a sports team. A team is made up of players who play different positions for the success of the team. If one player is blocked from giving his or her best to the team, failure is likely to be the end result. So the fear of allowing a married woman to exercise her creativity to the fullest and to realize her full potential sabotages the family as a whole. By blocking a wife from blossoming fully, a lot of input that she could have brought into the home is blocked, bringing everyone down in the long run.