Margaret – popularly known as Maggie – had nothing to complain about her life. She was married to a wonderful man and they were blessed with 3 children, all below age 10. Her husband had a good job and was responsible. He paid all the bills and ensured that the family was comfortable.

Maggie was a teacher in a local school but she was not required to pay bills in her immediate family, thanks to her very responsible husband. He always paid the children’s school fees as well as other bills. She paid school fees for her younger brother who was in high school and also paid for her mother’s medication for high blood pressure and diabetes, besides chipping in where she could in her family.

The cruel hand of fate

Life dealt a cruel blow on Maggie. Her beloved husband was involved in a grisly road accident and he died on the spot! Her world came crashing down on that day… She became a widow without any warning. Her wonderful kids were suddenly fatherless! How could life be so cruel?

Life’s problems did not even give Maggie adequate time to mourn her beloved husband. She had children who looked up to her. The family lived in a rental apartment as they were still planning to construct their own home in the rural home of her husband. With him gone, she no longer knew whether constructing a house in his home would be a good idea at all.

School fees and other bills needed to be paid. She took an emergency loan and sorted out the most urgent things. At the time of her husband’s untimely death, she was in her second year at the university, undertaking a degree course because her level of education was diploma. Her husband was financing her studies.

She could not manage to pay her children’s school fees as well as her own university fees so she deferred her studies. She had been very comfortable because her husband was taking care of the bills, but now she was facing an uncertain future.

It was at the lowest of the low moments that a female colleague invited Maggie to a business opportunity meeting. She was desperate to find a solution to her many problems so she accepted. She had not heard of network marketing before and the concept was foreign to her.

She took notes and spent the next few days researching online about it. She signed up for the opportunity within a matter of days. She took money meant for her children’s school fees and bought some stock. She planned to sell it for retail profit so that she would grow her money.

She showed the product to everyone in her circles, telling them how absolutely amazing the product was. She was shocked to receive so much negative reactions from many people in her circles. One evening after a very disappointing telephone conversation with her sister, she sat down and felt like giving up.

She has spoken to so many people yet none had bought her products. A few had taken some product on credit but they had not paid yet. How was she going to provide for herself and her kids? Maggie called her colleague who introduced her to the business. She was almost in tears as she narrated to her the frustrations she had encountered so far.

Her colleague said something that changed everything; she told her that the person who introduced her to the business almost quit 5 years ago but was now one of the most successful person in the company. There and then, she made up her mind to look for that person and find out from him how he transformed his results from failure and frustrations to success. 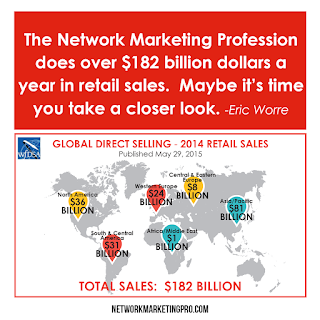 Maggie’s network marketing journey officially began that day, with a resolve to transform her results no matter what it took. She called the person that she believed would give her the key to change her results and they fixed a meeting over a cup of coffee.

Her life was never the same again. He gave her a book entitled Go Pro by Eric Worre. As she looked through the book, something caught her eye; ‘Like any profession, you’ll need to learn some skills.’ She rushed to that page.

That very short chapter changed her life. It opened her eyes and made her realize that failing in network marketing is not the fault of the industry but the failure of the individual to acquire the necessary skills. She hardly slept that night. She sat and read that book until she heard the cock crow. She looked at her watch and realized that it was almost 4.00 a.m. and she was still reading. She was thankful that it was during school holidays so she could still catch some sleep.

That night set the pace for her. It became a habit for her to read widely. She became a fan of Eric Worre and constantly watched his videos. She still recommends that book to everyone she introduces into the business and that has transformed the results of her team. 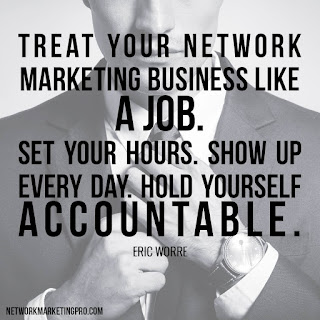 The more she learned, the better she became at the business. Three years from that night she almost gave up and quit, she had a regular income which was more that double her teacher’s salary.

She had not quit her job so she had more than one stream of income. She sometimes got invitations to speak to groups about managing their finances and she would get paid for speaking. She could make an extra 10k or 20k in a good month, from the speaking engagements. That was an extra stream of income though it was not a regular one.

She could not believe how far she had come in 3 short years. She had bought a piece of land in the outskirts of the city where she planned to continue living in the same modest rental apartment and put up rental houses. Her priority was not to build a home for her family in the village, but to own assets that would be generating income whether she could work or not. She planned to invest the income from the rental property to build a home in the city for her family.