I hear cries everywhere about a shrinking job market. People at the prime of life are unable to get absorbed into the job market. Tertiary education in Kenya has expanded tremendously in the past few decades while the job market is constantly shrinking. Current unemployment statistics for Kenya are definitely worrying: “Nearly one in every five Kenyan youths of working age has no job compared to Uganda and Tanzania where about one in every 20 young people is jobless Kenya’s rate of unemployment — now standing at three times that of the neighbouring Uganda and Tanzania — is among the highest in the world. Unemployment among Kenya’s youth is now estimated to stand at 17.3 per cent compared to six per cent for both Uganda and Tanzania.” – http://www.businessdailyafrica.com/Kenya-tops-East-Africa-s-list-of-youth-joblessness/539546-3108514-6cd5xgz/index.html Thousands of Kenyan youth graduate from universities and colleges every year. They are qualified and ready to enter the job market but they discover that the job market cannot cope with the demand. 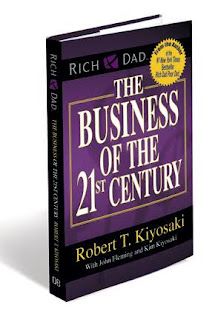 Andrew graduated from a tertiary college with a diploma in Human Resource management. He applied for jobs everywhere but none was forthcoming. He started a small business selling airtime on busy highways in the city centre. It was challenging but he was able to survive life in the city. Then one day a friend invited him to a business opportunity meeting. He attended because he was ready to try out anything that would make his life better. His friend met him at the door and welcomed him to the event. He was surprised to walk into a hall full of excited people. The hall had a red carpet from the door to the podium. There were colourful balloons hanging on the walls and it looked like a big event. Andrew sat with his friend not very far from the podium. He listened to speaker after speaker share their stories about how the opportunity had transformed their lives. He had never heard of network marketing before but it seemed to be quite something. He spent the next few weeks researching extensively about the industry and taking notes. He decided that if someone had succeeded at this line of business, he too would do what it takes to succeed. He enrolled for his network marketing journey within less than a month, ready to make the big bucks. Andrew’s network marketing journey was not as easy as he expected. First, his friend gave up and quit within months. He chose to keep going and would not let his friend’s choices deter him from his dreams. He kept going. Soon he learned that the company he teamed up with had management issues which were sabotaging the success of the business. He went back to the drawing board to research the kind of company he wanted to partner with. He attended the presentations of several companies and did his research about each one of them. He eventually settled for a company that he felt would take him where he wanted to go. He especially loved the online systems. He had come to learn about the power of the Internet and that was why he was very careful to choose a company that would enable him to take advantage of the Internet platform. Andrew discovered that there was a lot to learn before he could enjoy success in the network marketing profession. He discovered that majority of people who join the network marketing profession give up before they even learn the skills necessary for success. He therefore made up his mind to invest in education. 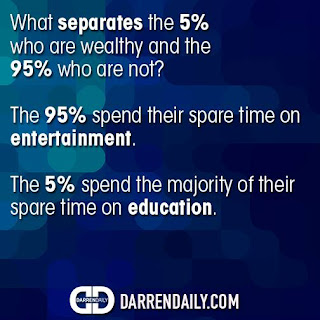 Andrew met with failure when he first started on the network marketing journey. But he was already so fed up with a life of chronic struggles that he was willing to pay the price of success. He invested in books and spent hours reading at night. He listened to audio books while he was performing chores. The more he learned, the better he became as an individual; he became more confident, a better communicator and his mindset improved. 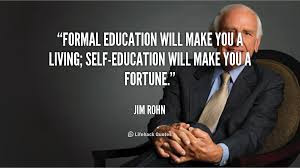 The network marketing profession transformed Andrew’s life. He looked back 10 years into his journey and could not believe just how much his life had changed. He was confident motivational speaker, he earned a 6-figure income, owned his home and his car and had also given his family a dream lifestyle. He was forever indebted to his friend who introduced him to network marketing. His journey taught him that there is no shortcut to success; it takes hard work, and it takes time. This article is written by: Susan Catherine Keter, Life and Health Coach, Trevo LLC, USA Website: http://trevo.life/susanwamucii/ Facebook: https://www.facebook.com/Financial.Literacy.Africa/?fref=ts Telephone: +254728999136