John and his three friends were gunned down by Kenya police after a botched robbery somewhere on Waiyaki Way. They were all in their early 20s yet they had terrorized Nairobi residents for years. They were ruthless and did not hesitate to main, kill or rape if a victim did not cooperate with them.

What pushed these young men into a life of violent crime? Shouldn’t they have been at the university or at least some other college like their age mates?

John was born in a small town just around 50 kilometers from the city of Nairobi. He was the first born of five siblings. His father was an advocate in the city while his mother was a high school teacher in their home town. Their family was an ordinary Kenyan family.

Rose – John’s mother – was a hard working but humble woman. For as long as John could remember, his mother was instrumental in ensuring that the family was well provided for.

Every single evening she devoted a few hours after school engaging in some farming activities. She cultivated crops such as potatoes, carrots, kales, maize, beans, and cabbages.
The family always had plenty of food and the surplus would be sold in the local market to supplement the family’s income.

Rose was very organized. Planning and budgeting were her strengths. She had taken education policies for the children, to secure their future. She would also invest her money wisely in her farming venture.

It was a wise decision because there was a constant flow of income throughout the year. She used to buy onions at wholesale price at the end of the month then she would retail them throughout the month.
She was also a member of a sacco and saved consistently, always depositing some of the proceeds from farming and the onion business.

David – John’s father – was a difficult man. He was forever in financial problems, always in debt. He abused alcohol and had a chain of women he was sexually involved with. It was as if his money all got wasted on women and alcohol.

He was a quarrelsome man, always telling Rose how useless women are and that they can never lead.
He never missed an opportunity to remind her that women will always be beneath men and they have to be submissive and obedient otherwise they will find themselves joining the category of divorcees and single mothers.

John did not have any good memories of his father. He preferred not to think about the man who forever criticized him and his siblings, telling them how stupid they were and that they would never amount to anything in life.

He did not want any painful reminder such as how he loved to draw as a little boy but every time his father found him drawing he would earn himself a beating and some harsh words about how lazy he was to be wasting time doing nothing.

Rose was a staunch Christian. She practiced her faith. She attended fellowships faithfully, tithed, volunteered in the community and helped the needy members of the church whenever she could. She believed in being a submissive and obedient wife.

Many were the times John’s family suffered from financial problems because David would demand money from his wife which he would misappropriate. He seemed to have wrong priorities.

He would take money his wife had raised for the children’s school fees and for paying premiums for their education policies and use it to buy spare parts for his car – which the family rarely used since it seemed to be for his personal use alone.
He would demand money from her, reminding her that he was the head of the house and she was to obey and respect him.

Rose was frustrated in the marriage and sought advice from her pastor and his wife. They gave her a long lecture about how the Bible says that the husband is the head of the home and a wife submits, obeys and respects him as her head.

According to them, a wife is to be led and if she wants to lead herself, it is the devil working in her and she should repent and turn back to God.

Everyone – her parents, siblings, in-laws and friends alike – all echoed those words. They would warn her that if she failed to take care of her marriage, her husband would leave her for someone else who could respect him.

They would constantly remind her that a foolish woman brings down her house with her own hands.

The last straw that broke the camel’s back was when Rose discovered that her husband was having an affair with one of her friends and they were expecting a baby.

People around her blamed her, accusing her of having pushed her husband into the arms of another woman because she did not respect and submit to him.

She lost her confidence and her self-esteem was torn to shreds. It did not take long for her to slide into depression. Her projects fell apart and she was barely managing to hold on to the teaching job.

Things gradually feel apart in the home. It became normal for the children to stay at home during the school term because their school fees was not paid.
The insurance premiums were no longer paid so they gradually became invalid.

The worst was yet to come. The family home got auctioned because of a bank loan that David had taken years bank and defaulted on payments.

Rose moved to her parents’ home around 200 kilometers away from where the family used to live. Months after that, she suffered a stroke and died.

Life was never the same again for John and his siblings after their mother’s death. His father moved in with the lady he was in an affair with before the death of his wife.

He never bothered to pick his children from their grandparents’ place where Rose had moved with them before her demise. They were mistreated and neglected by relatives and they dropped out of school.

John was in the first year of his secondary education when his mother died. By age 16 he had run away from his grandparents’ place and into the streets of Nairobi.

That is how John found himself in a life of violent crime at a very young age. 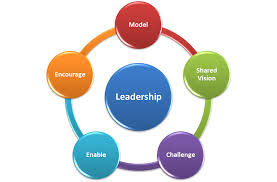 Leadership is the action of leading a group of people or an organization. The leader is not all knowing and neither does he micro manage everyone in his team.

He provides leadership while motivating and inspiring those who look up to him to constantly improve themselves and realize their full potential.
He does not sabotage the team by looking as team members as competitors or seeking to sabotage them from being successful.

Leadership has nothing to do with one’ position or status in life, seniority in terms of age or position in an institution whether an organization or a family.

Leadership does not automatically happen simply because one is the senior most member of a family or organization. Leadership is about capability, and that has to be developed.

Leadership is not even about titles; “I am the mother, the father, the husband.” Institutions that do well recognize the important gifts and talents every member of the team brings on board.

They give every member of the team the support to enable everyone contribute to the success of the entire team.
Unfortunately, there is a lot of assumptions that leading a home to success does not require any competence. That is a big mistake.

Every member of a family is gifted differently. Given the right support, every member can contribute to the success of the family. A family notices that a son or daughter is very good in managing a business.

The parents do not beat their chests saying how they are the head and the children have to follow their leadership. They give that son or daughter all the support to lead the family business. The family benefits from having a successful business.

There are cases where the wife is very good at planning, budgeting, organizing things or something else and her skills could benefit the entire family. Sabotaging her and killing the gifts that ought to benefit the family is not wisdom.

The Major Attributes of a Leader

1. A leader has a keen sense of fairness and justice. This means that people are recognized and compensated according to the contributions they make.

A person in a position of authority who will give promotion or awards to a person who does not deserve it while bypassing the one who actually deserves it will not earn the respect of his followers for long. He will meet with rebellion sooner or later. The home front is no different.

2. A leader knows his role and understands how to play it. He has clear and definite plans about how to play that role. He does not operate by guesswork or taking advantage of other members of the team.

He is competent in organizing details. “Here is our program and these are the roles and responsibilities of each team member.” The team can offer suggestions but the bulk of the work of ensuring that things run efficiently falls on the leader.

3. A leader takes full responsibility for the results his team gets. That is why he cannot afford to relax and allow the team to lose the vision.

I look at a coach of a sports team. He does not just sleep at home leaving the team to find their way on their own. He is with them every step of the way, participating in the training programs and other activities. He provides guidance, shows the team what to do.
The reason why the team respects and obeys him is because he knows what he is doing and is also fair and just. He does what is good for the team. A leader in a home environment can borrow a leaf from this.

4. A leader is a servant-leader. He is ready and willing to render service when required to do so, to sacrifice for those he leads. He leads by example, not by commands. A leader is not a boss.

5. A leader views the entire team as members of the same body. He does not view them as competitors but as assets. It is only competent team members who can be effectively delegated to and who can play their roles effectively.

By motivating and inspiring the members of the team to constantly improve themselves and render more and better service, the entire team soars high.

6. Selfishness is not an attribute of a leader. By allowing the team to get the honor and recognition for achievements and also appreciating and rewarding them for what they do for the team, he energizes them to do more.

A leader knows that every member of the team is important. He appreciates the role each plays and does his best to bring out the cooperative effort of all members for the good of the institution as a whole.

A home is an institution with many members. The success of a home is dependent on the cooperative effort of all the members. 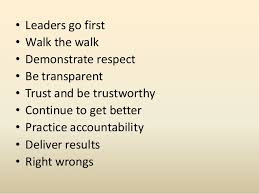