Alice was a top student in her class. She emerged among the top ten students in her school in the national secondary school examinations. She was very happy that she did not disappoint her mother, who had been working long hours to keep her and her two brothers in school. She loved computers and always dreamed of becoming a top computer engineer. She now had the grades to take her to the university so her dreams were valid.

Alice could not sit at home and wait for her mother to provide for her. Her father had died in a tragic road accident when she was in her final year of primary school, leaving her mother with a heavy burden of providing for the family all on her own. She had a strong desire to shield her mother from all the struggles of being harassed by debtors beginning with their landlord Mr. Kamau.

She therefore sent applications to different organizations seeking for an opportunity to volunteer as she waited to join the university. Help came in an unexpected way. Her uncle operated a private school and he needed someone to help out in his office as he had extra work which was too much for him to handle. Alice jumped at the opportunity. The school was not far from her home and that was an added advantage.

Life after her father’s untimely death had been a struggle so when she got an opportunity to work, she gave it her all. The modest salary did not discourage her. She transformed the school’s record systems and collected debts. Attendance, payroll and timetables were organized in a computerized system. She discovered that the school was struggling financially because the students were not enough.

She researched different ways to market the school on a shoe string budget. She opened a Facebook business page for the school and also started a blog. Her blog was awkward when she started but she spent time visiting other blogs and learning from them. She took photos of different activities in the school and posted them on the blog and on the Facebook page.

She approached her uncle and told him that having a website for the school would really help in marketing. He told her that he was not very comfortable financially so the project would have to wait until the situation improved. She was itching to transform the school so the answer came as a big discouragement to her. She was not sure how to handle the issue but she just could not get it out of her mind.

Creativity To The Rescue

Alice would visit websites of other schools and feel bad that her uncle’s school could not afford to have one. She decided to make do with whatever she could get. She started researching how to do a simple website. She wanted to do something that would serve as a website until her uncle would be in a position to hire someone to design one.

Before long, she was downloading tutorials from Youtube and practicing in her free time. She practiced with JavaScript, HTML, Photoshop and other relevant softwares. Her first attempts were disappointing but she was already enjoying the efforts so she persisted. It became more and more interesting as she practiced. She developed a few samples of websites that could give basic information about the school.

Her uncle was very happy when she showed him what she had done. He selected one design and asked her to refine it then they would use it. She was not paid any extra money for designing the website but she did not mind. She was doing her job. She started contacting friends and family members who were in business and offering to design basic websites for then at a minimal fee. The more she designed, the better she became and the more her portfolio grew.

Time passed by very fast and soon it was time for her to join the university and her uncle was sad to lose her. He had come to appreciate the important role she played in running the school. They agreed that she would continue doing whatever work she could handle without interfering with her studies. She also continued designing websites for people in her circles and charging something minimal.

Pursuing a degree in computer science opened up a new world for Alice and expanded her horizons. She was able to learn programming and other computer applications that she knew nothing about. The team work with other students also helped to sharpen her skills. She continued designing websites for clients at a fee and added programming to the mix.

Her uncle connected her with some good clients including owners of other schools. By the end of her second year at the university, she had a good flow of clients so she registered a business name and started building her own company. She had two of her classmates as her business partners and even though they were not as passionate as herself, the three made a good team and the company grew consistently. They did not apply for jobs after completing their degree programs, opting to continue building their company instead.

According to a report in The Guardian in March 2016, Unemployment is a major challenge that affects youth across Kenya. Approximately 800,000 young Kenyans enter the labour market every year and youth unemployment is estimated to be as high as 35%, compared to the overall national unemployment rate of 10%. Furthermore, 80% of unemployed Kenyans are below 35 years old. Read the whole article here.

Many young people leave universities and tertiary colleges ready to enter the job market only to discover that the job market cannot cope with the supply of people who need employment. The school system prepares them for formal employment such that few of them know how to create jobs.

“The challenge of youth unemployment is compounded by the fact that 90% of all unemployed young people lack vocational skills, said Sicily Kariuki, cabinet secretary for youth and gender affairs in the Ministry of Public Service. “Addressing youth unemployment, therefore, calls for innovation, investment, and commitment among all stakeholders.” The Guardian.

Job Creation is Not Taught in School

Job creation is not taught in school. The school system gives people the impression that there are jobs waiting for them and all they have to do is look for them and send applications. More and more private companies and government departments are cutting down on staff in an effort to reduce expenditure. People who have been in jobs they considered secure are finding themselves outside the job market.

Creating employment takes time and a lot of practice. It is not taught in school so one needs to be ready to learn through experience. Mistakes will be made. Money might be lost. Disappointments too will come but eventually, it will be worth all the tears and sweat. It takes time to build a business from scratch so there is usually no quick money to be made, and there are no guarantees.

On the other hand, chasing in-existent jobs forever is a sure way to failure and frustrations. Networking with others in the same industry saves one from making costly mistakes and so does getting a mentor. Investing in business coaching is also a great way to shorten the learning curve.

It is not necessary to live a frustrated life claiming that there are no jobs and fearing to create employment for yourself. Identify something you can get excited about and get busy experimenting. We live in the age of information so you can get whatever information you require on your entrepreneurial journey. 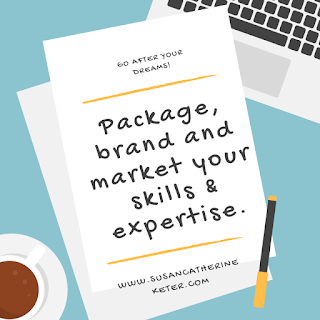 Get out of your comfort zone. Take charge of your life; beat unemployment.

Would you like to get started on the road to self-employment? Book a free coaching session here.