Gladys was brought up by a single mother. She was the eldest of 5 siblings; 3 girls and 2 boys. She completed high school successfully but missed a chance to acquire college education because her mother could not afford the fees.

She got married to Michael after just 6 months of dating. The marriage did not start as a marriage. She spent the weekend at Michael’s place and somehow never left.
She was jobless at the time while Michael had just landed his first job after being jobless for close to a year.
They had no proper courtship, no preparation for marriage. They just found themselves married and informed their families months after settling down.
Marriage was not smooth for them, especially because they had not discussed crucial matters such as how they would manage finances.
Gladys had seen her mother struggle to take care of a family of 6 singlehandedly and she had hands on experience when it came to surviving on a tight budget.
She had no source of income but she had a strong saving culture. She always ensured that she saved something every day from the household budget, even if it was just 20 shillings.
She had a tin that served as her home bank. She made sure that she dropped any lose change into the tin.
She conditioned herself that any coin that dropped into the tin no longer existed. She never removed any money from ‘her bank’ come rain or shine.

Michael provided and Gladys stayed at home. After 3 months of saving, Gladys tested the waters by doing something she had seen her mother doing as a way of supplementing the family’s income; delivering fresh vegetables and fruits at the doorsteps of people in the neighborhood.
She would re-invest the modest profit and her business grew consistently. She brought in an angle of creativity by researching the health benefits of fresh fruits and vegetables and printing flyers.
She gave customers who purchased from her the flyers, educating them about how they could use fresh fruit and vegetable juices to improve their health.
She became the most popular mama mboga (vegetable vendor) in her neighborhood. Her business enjoyed growth because she taught people about vegetables and fruits that they were not used to buying before, increasing purchases from her existing customers. 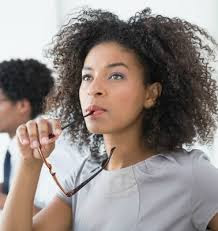 The organization Michael worked for retrenched staff barely 3 years into their marriage. Michael found himself out of job too early in life. He was paid the equivalent of 2 months salary in lieu of notice.

He decided to use that money to start a motorcycle spare parts shop in the nearest town, which was 20 kilometers away. He sublet a small corner in a new supermarket and that became his shop.
He started with limited stock because he was financially constrained. The boda boda business (motorcycles for public transportation) is very popular so the business was good.
Michael was able to let his own shop by the second year in business. He also hired two people to assist him in the business.

Gladys continued with her fresh fruits and vegetables business. It did not take Gladys long to notice that since Michael hired his own shop and employed people to work with him, he seemed to be struggling financially more than when he worked alone.
By that time she had learned a lot about running a business, having operated her small business consistently for over 3 years.
The family had two young children and they were straining to keep the family afloat. She therefore decided that she would have to get involved in Michael’s business to see how she could support him.
Gladys met with a lot of resistance from both Michael and his two employees when she decided to get involved in the business. She had planned her time well so that her own business would not suffer. She hired a house help to perform the domestic chores.
She would go to the market early in the morning, leaving the house by 5.30 a.m. She would clear her stock by 11.00 a.m. or noon, then she would head to the the motorcycle spare parts shop that Michael operated. She would spend 3 or 4 hours a day helping with the business.
She found herself clueless about how that line of business worked since she had never run such a business before. She could not even serve customers since she did not understand about the spare parts they would inquire about.
Michael warned her that she was only standing in his and the employees’ way by going to spend time at the shop and she would do everyone a favour by minding her own business at home. He embarrassed her in the presence of the employees, making her feel foolish and inadequate.
Gladys went home and cried, wondering why Michael acted as if she was doing something wrong simply because she wanted the best for the family.

She knew that the business was not operating at its full potential and that her family was struggling financially, so she pulled herself together and decided that she was not going to be deterred.
She visited a garage in the town that specialized in repairing of motorcycles. She knew the owner of the garage since she had been delivering vegetables to his family for years. She talked to him and asked him to assist her.
She would pass by the garage several days in a week to familiarize herself with the parts that were frequently replaced by motorcyclists. She would also visit other motorcycle spare parts shops posing as a customer and make inquiries about those parts.
She would observe how others in the business handled their clients and also compare the different prices. She also observed how they displayed their goods.
She still made sure that she spent some time at her husband’s shop, even though she could only afford to spend just one or two hours in a day since she was devoting time to doing her research every day.

One day while Michael was out of town for a number of days, she rearranged the stock at the shop. She chose the stock that had overstayed and was gathering dust, displayed it at a strategic parts of the shelves and announced 10% discount.
She printed some flyers about the offer and personally delivered them to the motorcycle garages in the town. She also gave out the flyers to everyone who visited the shop, whether they purchased anything or not.
Michael arrived to find a transformed shop. The shop was busier than it had been in a long time, as customers took advantage of the 10% offer on selected items.
He was surprised to find Gladys serving customers efficiently and she was clearly knowledgeable about the business. She also kept very good records and insisted that the employees had to keep accurate records on a daily basis.
She made running the business easier for Michael and he could not deny that she was an asset to him. He took her side and instructed the employees to cooperate with her.
Today, 5 years since Gladys decided to work hard to turn the motorcycle business around, the original shop has expanded to 3 branches and still growing.

Michael values her management of the business and relies heavily on her support. She is in charge of many aspects of running the business including hiring and training of new staff. 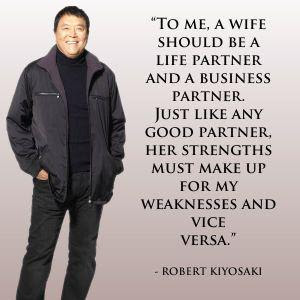 This life is 100% your responsibility. Success is not handed to anyone on a silver platter; you have to earn it. If you don’t like your circumstances; change them.

If you don’t like the way your spouse treats you, invest in yourself and earn the respect. Bring value to the table and show others how to treat you. “Success is not to be pursued, it is to be attracted by the person you become” says Jim Rohn.
This article is written by Susan Catherine Keter, Website: www.susancatherineketer.com
Facebook: https://www.facebook.com/educate.the.woman/?pnref=lhc
Financial Independence Africa