Dependence in Africa is a widespread problem. Would you continue your family’s culture of dependence or would you do something to change the situation? You might have grown up in a home where your parents had to support some members of the extended family and they eventually retired without having attained financial independence. Probably you too have some members of the extended family who are dependent on you.

Would you feel powerless if you were faced with dependent family members or would you take steps to turn things around?

Peter grew up in a poor family. His parents were peasant farmers and they barely made enough money to meet the family’s needs. Being the first born of 7 siblings was tough. He got sent away from school from time to time because of failure to pay school fees. Sometimes he went to school with tattered uniform or without a sweater during the cold season because there was no money to buy the uniform.

Peter’s struggles made him creative and he learned to earn some little money for himself during the school holidays. He got used to doing manual jobs in the village to earn himself some money for his personal needs during the school term. He especially enjoyed working for the Catholic mission in his village mainly because the priest was kind to him and would often give him some food to carry home at the end of the day. He worked at the mission farm where different kinds of vegetables were grown organically. He loved farming.

By the time Peter completed his high school education, he was very good in organic farming. He got admission to the university and was lucky to get a student loan. His financial struggles reduced drastically though he still worked at the Catholic mission farm during long vacations. His family was still struggling financially but at least they normally had food because they were engaged in small scale farming mainly for subsistence purposes.

Dependency in the Family

He was fortunate to get a job with a bank just a few months after graduation. That is when reality hit him; his parents and siblings were looking up to him to provide for them since he was now employed. On top of that, some members of his extended family started contacting him seeking to be bailed out when they faced challenges such as illness in the family.

His salary was not bad but life in the city was not cheap so sparing enough money to pay school fees for his younger siblings and also to bail out family members from time to time became very challenging.

One time he traveled home while he was on leave and he spent 2 weeks with his parents. His parents lived on a 5-acre piece of land which was not far from a river. They grew foods such as maize, beans and potatoes and also had two cows which barely produced enough milk for the family’s needs.

When he spent his leave in the village, he realized that the farm could be made more productive by being put to better use, thanks to the experienced he had accumulated over the years working at the Catholic Mission farm. He went down to work planning how he was going to transform the family’s farm.

His parents as usual asked him for money to prepare the land for the planting season but he told them that he was working on getting some money so he requested them to be patient with him.He approached his employer for a loan. He then requested for an extension of his leave and focused on making the farm profitable.
Peter got two casual workers to work with. He got 4 acres of land prepared for planting. He worked with the casual workers and divided the land into sections. He no longer planted the crops his parents had been planting. He focused on vegetable farming with each section planted with a different type of vegetable ranging from beetroots, carrots, cauliflower, capsicum and much more.
He was already experienced in organic vegetable farming thanks to his school holiday casual work at the Catholic mission farm. Vegetables require intensive care but they mature within a few months and fetch good prices in the city. 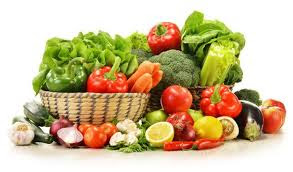 Peter started looking for a market for the vegetables early. He teamed up with a university student who was undertaking a degree in graphic design to work on a website for a modest monthly fee, which she undertook as part of developing her portfolio.

He got her to design a website about organic farming. He would take photos of the farm whenever he traveled home and post them on the website.

He opened a blog and regularly posted articles explaining about the benefits of organically grown vegetables as well as the health benefits of fresh juice made from different vegetables.

He also opened a business page on Facebook which helped to drive traffic to both the blog and the website. He posted on Instagram photos of the vegetables at different stages of growth.

Peter proceeded to register a business name and opened a bank account for the farming business. He then got the graphic design student to prepare brochures and business cards for him.

He gave out the brochures in his circles and would also attend one or two events a month to network and get word out about the vegetables that would soon be ready for the market.

He was able to get customers even before the vegetables were ready, thanks to his aggressive marketing. He took it as his responsibility to oversee the farming and marketing activities.

Peter made it his standard practice to plough back the earnings into the farm and that way, he was able to invest in 2 dairy goats whose milk added to the earnings from the farm. Once the business picked, he started working with his mother and sister.

Working for a bank had equipped him with key accounting and record keeping skills, which he taught to his business partners.

He was initially in charge of all activities but as he worked with the two of them and they started to understand and appreciate the business, he gradually withdrew his involvement. He, however, remained a signatory to the business bank account, to ensure that the money was put to good use.

Peter married his campus sweetheart 4 years after graduation. By that time, his mother was doing very well at the farm and she was financially independent. She had introduced increased the number of dairy goats and the milk was in high demand. She planned to save for a grade cow so that she could increase the milk sales.

Peter could have resigned himself to a life of endlessly providing for his parents and siblings but he instead chose to teach them how to fish for themselves rather than giving them a fish every day. He was able to bring an end to the cycle of dependency. He and his wife were free to plan for their money without the burden of taking care of the extended family as well.

With some creativity and persistence, the culture of dependence can be overcome. That crippling culture can be broken.