Everyone gets into marriage looking forward to a long and happy life together. Ben and Mary had been married for 7 years. They had two young daughters ages 5 and 3. Ben was an accountant while Mary was a teacher in a school in the city. Ben sought help because his wife was denying him sex and he was clearly an unhappy man. His wife seemed to be living a full life. She was in a number of women’s investment groups (chamas) and was also running a business making detergent from home and distributing over the weekend, on top of her teaching job. 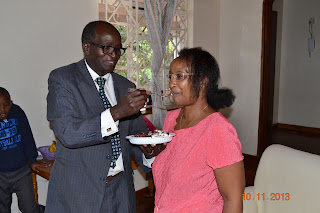 Ben said that they had been a very happy couple and that their two daughters had brought a lot of joy into their home. But things had deteriorated after the birth of the second daughter. Mary seemed to always have her hands full: her job, women group meetings, business, taking care of the little ones…. She never had any time for him and she was always too tired for intimacy. Ben got retrenched from his job when his wife was expecting the second baby. He had been jobless for 3 years. He had sent his CVs to hundreds of organizations, talked to everyone he knew who could link him up with a job but so far nothing had worked out. I asked him how his family had been managing for the 3 years he was out of job. He said that life had been a struggle and they were forced to move to a cheaper house, which was not as comfortable as where they lived before. They had moved from a 2 bed-roomed apartment to a one-bed-roomed apartment. He said that it was only by God’s grace that his wife had a job and she took care of the family. I could already see clearly what the problem in Ben and Mary’s marriage was. Ben had been jobless for 3 years. Mary had to look for ways of supplementing her income in order to keep the family afloat. She made detergent in her free time and sold it herself. She also joined women’s investment groups (chamas) to help her save money as well as access credit. She could not understand why Ben was in denial that he had lost his job and needed to pick himself up and explore other options of putting food on the table. She felt that he was a burden to her and she therefore was no longer attracted to him. 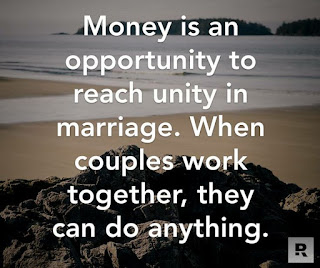 Jobs end all the time. Staring at a closed door for too long blinds one to all the doors that are open all over the place. Here is a case of a very hard working woman that Ben could support and partner with for the sake of his family. He could help her with her business ventures. He might not be good at making detergents but he could take an active role in marketing. No one is born knowing anything; everything has to be learned. He could help her with deliveries as well as by working to promote the business online. He could help her reach more people by spending time online exposing the product to the large population that is online. He could also help to put systems in place, such as setting up payment and delivery structures (Mpesa payment platform, a reliable delivery person probably using motorcycle taxi [boda boda], putting records of customers in place and setting up a follow up system and so much more). Ben was so focused on getting a job that he could not see all the opportunities around him. By offering to be his wife’s business partner and bringing in new ideas, he could have done a lot for their relationship besides helping he growth of the business. He could have relieved some pressure on his wife besides helping with bonding by spending time working together. He could also have stood out as a responsible husband, taking charge of the business and moving it to the next level. But now his wife had learned to work all on her own and she felt neglected and overworked by him. She was no longer excited about being intimate with him. Ben could also have explored different options for earning income without a job. He is an experienced accountant. Are there local businesses that would need accounting services? How about registering a business name then promoting himself as helping small businesses with book keeping? He could brand himself online and also print a brochure and visit as many small businesses as he possibly could, to let them know about the benefits of the service he was offering. When a job ends, it is not the end of the world. It could be the beginning of a new chapter, a new fulfilling career outside formal employment. Don’t restrict yourself to a small field that you call ‘your profession’; give yourself permission to explore. This article is written by Susan Catherine Keter, Life and Health Coach, Trevo LLC, USA Website: http://trevo.life/susanwamucii/ Facebook: https://web.facebook.com/Financial.Literacy.Africa/?pnref=lhc Telephone: +254728999136