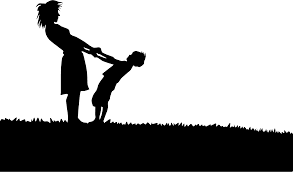 I was reading an article in the Daily Nation dated Saturday 15th September 2012 whose title might shock many; When divorce is the best option.

The story had inspiring lessons that resonated with me. One of the stories was of a 35-year old divorced mother of a 15-year old daughter. She was forced to drop out of school prematurely because of poverty.
She was born and brought up in the slums of Nairobi, to a single mother who sold chang’aa (local brew) to feed her children. Her mother could barely afford basic needs for her children, leave alone proper education.
She got married at age 15 to escape the poverty she and her siblings struggled to live with all their lives. Her husband was 15 years older than her.
This young woman only got in touch with her creative side after walking out of the destructive marriage. She went on to become a successful businesswoman as well as an accomplished gospel musician with a number of successful albums to her name.
Here is the link to the story: http://www.nation.co.ke/lifestyle/saturday/When-divorce-is-the-best-option-/1216-1506858-l1uj85z/index.html 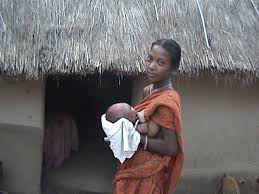 I have been involved in empowering women for years. I have come across all manner of situations among women who have passed through my mentorship.

I can say that we have a long way to go in terms of making marriage fulfilling to those who get into it. Too much talent ends up buried in the graveyard mainly because of an authoritarian, patriarchal society that we live.
There are many women who have been brainwashed to believe that once they get married, they give up their individuality. I have come across women who are shadows of their former selves because their dreams were killed when they got married.
‘I love rugby and my dream was to be in the national women’s team…’ But her husband told her that she will not play sports in his house, forcing her to adopt a lifestyle she does not even care about.
I have come across cases of women whose childhood dreams were quashed and they were forced to live lives they do not like at all.
A happy and fulfilled woman who is living her dreams makes a great mother, wife and member of society. But many women don’t have the luxury to live their dreams. Some are forced to give up the careers of their choice because their husbands are not comfortable with their wives’ choices, imposing unrelated careers on them without consultation.
The woman who is half dead while alive is not very easy to live with because she is frustrated, her flame has been extinguished. Such marriages have a high chance of failing, with the woman at risk of developing depression or being labelled as nagging and countless other negative descriptions.
Sometimes when couples seek help for symptoms such as the husband being denied sex by the wife, the easiest thing to do is to condemn the wife and threaten her that if she does not toe the line the husband is likely to get someone else to replace her.
I always dig deeper to find out where it all began and what happened to bring about the situation. I often unearth bitter, angry, frustrated women who are full of resentment because of being forced to live a life they cannot tolerate.
Some women are forced to accommodate members of the extended family who treat them really poorly. A woman who is forced to live a life that she does not like is unlikely to make a happy and supportive wife.

Do I believe that divorce can sometimes be an option? Yes, I do. For two people to build a happy and fulfilling relationship long term, both of them (not one) must be committed to making the relationship work.

Both partners must put in the work to nurture and build the relationship. They must listen to each other, communicate with each other, be accommodating of each other.
If a marriage ‘kills’ the real you and forces you to be someone that you don’t even recognize, it can be saved if your spouse is willing to change and acknowledge that there are two partners in a marriage; not a master-servant kind of relationship. The marriage can be redeemed as long as there is willingness to make the necessary adjustments.
But if the person who makes the other a kind of a slave and is completely adamant and unwilling to make changes, then there are two options; to stay and waste your life away, or to opt out.
I believe that a lot of education is needed if the marriage institution is to regain its lost glory. Two people meet when they are already adults. They agree to build a home together. Marriage is about both of them; their dreams and aspirations. Marriage is supposed to enrich the lives of both partners; not make one a slave of the other.
I believe that marriage is meant to be till death. But if the marriage is going to be detrimental to one’s mental health and overall well being as well as safety, then it is not worth it to die in order to remain married. Marriage is beautiful, as long as it respects both partners and gives them room to grow and realize their full potential.