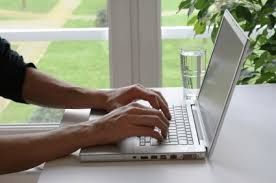 Richard had just completed high school and was faced with long hours of unstructured time as he waited for the next phase of his life; pursuing higher education.

His parents had always had some computers in the house and he and his siblings were free to use them.
He decided to take advantage of the many months he was at home to learn new skills at the computer. Internet connectivity at the home was almost regular so he could spend a lot of time online.

A Career in Graphic Design is Born

Richard started experimenting with designing of blogs and websites. He downloaded different software and experimented with them.

He would spend long hours at the computer coming up with different designs, which he would store in his computer.
A year later as he was ready to join the university, he was good in web design and his work could compete favourably among the professional designers.
He joined campus to pursue a degree in social sciences but his passion for web design continued growing stronger.
Within his first few months in campus, Richard started getting some friends who would request him to design for them websites for a small fee. He would do it in his free time.
He started realizing the potential in his hobby when he was able to buy stuff he needed such as smartphone and laptop with income from his hobby.
The more he designed, the better he became. He was able to go through campus without bothering his parents for money, because he would earn his upkeep from his hobby.
Richard landed a job a few months after graduation. The job was ok but the pay was not that attractive. He accepted the job and continued to design websites on the side.
It did not take him long to realize that he could earn more as a web designer than he ever could at the job.
He decided to go professional in his web design. He registered a business name to enable him operate as a business.
He branded himself on social media and also set up a website with ecommerce capabilities to market his work.
He came up with different packages to suit different clientele. He sent emails and sms messages to his family and friends letting them know about the service he was offering.
He was able to resign from his job and go into full time web design within his first year of employment.

The sole proprietorship company grew gradually and he had 5 members of staff by the end of the second year.

Today, Richard runs a successful graphic design company. His services have expanded to include photography and videography, and he has staff who specialize in the different lines of work.
Technology has opened up the world of opportunity. You can now reach a wide audience with your services, without having to spend an arm and a leg in advertising.

Time spent online can be the most profitable, as long as you are disciplined and willing to learn how to use the Internet professionally.